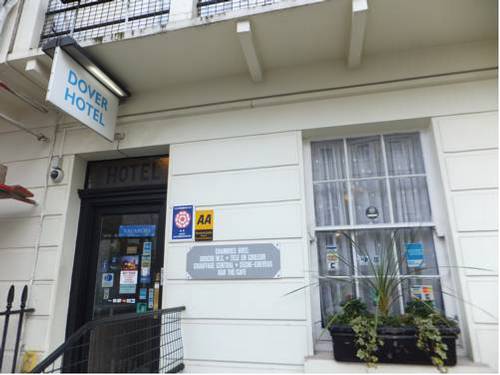 Our modern hotel is in the middle of Victoria, and is an ideal place to stay if you wish to take in the sights of central London. The many attractions of the capital are on our doorstep. The magnificent Buckingham Palace and the glorious St James' Park are a short stroll away from us, and the rest of London's sightseeing is a short bus ride away. The coach and train stations mean that the rest of the city is easily accessible as the tube can be taken to anywhere in London. Our elegant dining room with a superb menu can accommodate your needs, or if you require something else, a large selection of restaurants and bars are situated nearby. Our comfortable central heated rooms are all en-suite, with a colour TV with satellite and tea or coffee making facilities, as well as a safety deposit box.

Checking In available from 13:00 hours. Payment is accepted by:

Rating of 4.0 out of 5  Unique ID (2078900)
Guests Name: Richard  Guest was travelling as: Young couple
Good stuff: Good value for money, the room was quite small but thats to be expected, had TV, hair dryer, alarm clock. Bed linen and towels were changed daily.
Bad stuff: The ensuite bathroom was really small but served needs.
Overall: The hotel is about a little under 10 minutes walk from Victoria tube station. Saw bad reviews of some other hotels on Belgrave Road but this one was fine (as was the Hutton Hotel we had friends staying in). The staff were friendly, polite and delivered messages left at reception for us quickly. We didn't get to try the breakfast (too lazy to get out of bed even though it was served until 9:30 I think). Overall it met our needs.
Top

Rating of 4.14 out of 5  Unique ID (1993419)
Guests Name: Anonymous  Guest was travelling as: Solo leisure traveller
Good stuff: I did like that the rooms was clean & that the shower worked well, and that it was reasonably quiet at night. Also, and most importantly, the hotel was very central to London, with the train station being a 5 min. walk away. A nice cafe was around the corner as well.
Bad stuff: The bed was really uncomfortable, the noise from the street got really loud at times, and the continental breakfast was one of the worst that I've ever had anywhere. Besides the orange juice and one cereal there was nothing nutritious. Sugared cereals and white toast aren't foods that I normally eat. For 60 pounds...I guess I was hoping for a little more. I ended up getting something a little bit more around the corner. In Ireland, for 45 Euro the rooms were huge, quiet, and guests were given a full breakfast in many places. So perhaps my experience there raised my expectations a little bit.
Overall: Overall the stay at the Dover hotel was good. I was only there for one night. So for a night's stay it was ok for the value. I realize that 60 pounds is on the lower end in London. I just felt that there was room for improvement.
Top